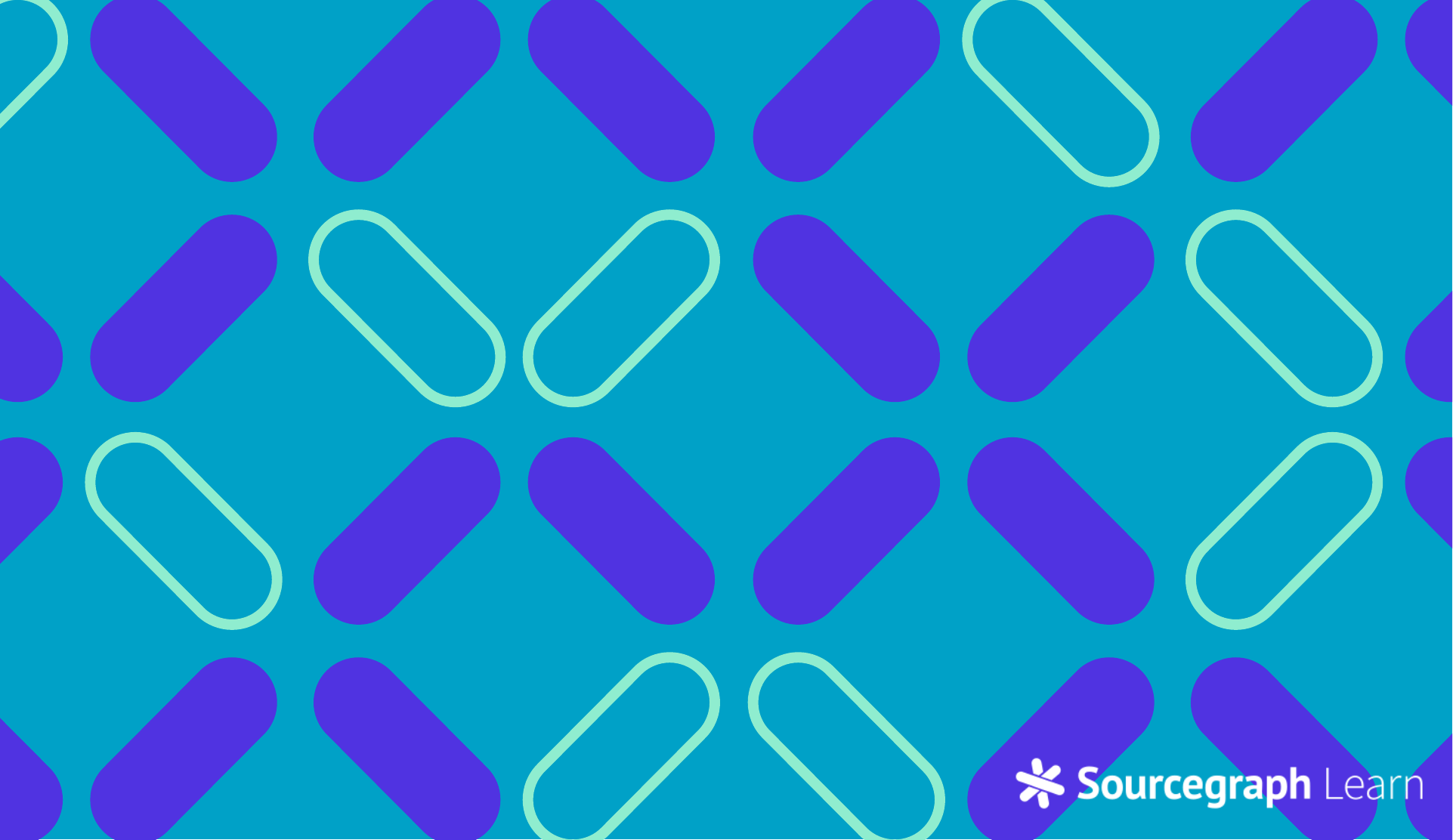 How to use the Git staging area, stage changes, and unstage files

The staging area in Git is a state that files can be in before being committed to a repository. This tutorial will explain how to add and remove files from the staging area.

Git’s staging area allows you to be selective in the changes you want to include in a commit. Sometimes, you may want to commit every change in your working directory to the repository. In other cases, you may want to include some changes in your commit and exclude others. It can be useful to exclude changes if they’re still a work in progress or if they’re unrelated to your current work.

The staging area is sometimes called the “staging index” or just “index.” Some Git commands use the term “index” in their output, and it’s also sometimes used in Git documentation. In this usage, “index” is synonymous with “staging area.”

This guide will explore a few different ways that you can stage and unstage files. It will discuss several Git commands that operate on the staging area:

With these above commands, you’ll be able to stage and unstage changes by file, directory, or pattern.

To stage a modified file, use the git add command followed by a filename as the argument.

For example, to add a modified file named license.txt, run git add with the name of the file.

While the command is called git add, note that this use of the word “add” doesn’t only refer to adding new files to the repository. It refers to adding any changed files to the staging area. The staging area can contain created, deleted, or modified files. You can use git add on a deleted file, for example.

You can list multiple filenames as arguments to git add to stage them all in one step. For example, to stage a set of files named first.txt, second.txt, and third.txt, you can run the following git add command.

The above is equivalent to running git add on each one individually, as follows.

You can stage a file that is deep in the directory structure by providing its entire path. For example, to stage a file located at static/pages/docs/index.html, you can provide that full path to git add.

By using relative file paths in this way, you can stage changes from any directory in the repository tree.

Similarly to staging a file, you can stage a directory by providing its path to the git add command. When staging a directory, all changed files within all subdirectories will be added. In other words, changes are added recursively. This is useful when you have many files that you intend to commit, all located within a particular directory of the project.

For example, to add all changes in the docs directory, provide the directory name to the git add command.

Similar to staging files, you can specify multiple directories in the same command by listing them. The following example shows how to stage two directories: docs and assets.

After running the above command, all changes contained within these two directories will be staged.

When you don’t need to select specific files or directories for a commit, you can stage all changes at once. To do that, run git add with the -A flag (or its synonym, -all). No other arguments are necessary when using this flag.

This will stage all changes in the repository directory and all subdirectories. It will include all files that are modified, created, or deleted.

git add -A is not affected by the current directory. You can run it from within any subdirectory of your project, and it will apply to the entire repository.

Git repositories cannot contain empty directories. This means that if you create an empty directory in your project and attempt to stage it, it won’t be added to the staging area. This is because Git is only capable of tracking files and is unable to track a directory if there are no files inside. It’s a limitation of how Git represents files internally.

Empty directories can often be useful as temporary storage areas, for example, or as locations for build output. A common workaround to include an empty directory in a Git repository is to put a placeholder file inside so that it’s not truly empty. By convention, this placeholder is usually named .gitkeep.

You can get a sense of how common this convention is by performing a Sourcegraph search to find the presence of files named .gitkeep in many popular open source repositories, as demonstrated by the following search query.

If you would like to leverage this method for adding directories to your staging area like the repos that were revealed in the above query, you can also initialize a directory with .gitkeep.

Suppose you have an empty directory named output that you want to add to a repository. You can first create a placeholder file named .gitkeep within that directory by using the touch command in the terminal, which creates a blank file. Then, you can use the git add command to stage the directory.

This will stage the output directory, which is empty except for the placeholder file, to be committed to the repository.

Glob patterns use the star symbol (*) as a wildcard to match file names. For example, to stage all files with a .py extension in the current directory, you can provide the following pattern to git add:

The double star pattern (**) is a wildcard that matches any subdirectories in a file’s path. For example, to recursively stage all files named index.js in all subdirectories of the project, you can run git add with the following pattern.

This will find all files named index.js, regardless of their subdirectory, and stage them.

The above two patterns can be combined. For example, you can run the following command to stage all files ending in the .py extension in all subdirectories.

The double star (**) pattern will search across all subdirectories recursively and the single star (*) pattern will match all filenames with a .py extension in the project.

Staging the deletion of a file#

The git rm command deletes a file and then stages it. You can think of git rm as a replacement for two steps that can otherwise be done independently:

Like the git add command, git rm can be used with files, directories, or patterns as arguments.

For example, to remove and stage a file named license.txt, you can run git rm as follows.

The license.txt file will now be in the staging area as a deleted file.

If you’ve already deleted a file by some other means and want to stage it as a deleted file, you don’t need to use git rm. You can use git add to stage it since you only need to perform the second step of the process.

Staging a renamed or moved file#

It’s a common occurrence to rename or move a file to a different directory in the repository. In Git, renaming a file is analogous to moving it to a new file name. In either case, Git will initially interpret the change as two distinct changes:

To stage a moved or renamed file, you have to stage both of these changes. You could do this manually by running git add on both file names, or you can use the git mv command.

The git mv command renames or moves files and also stages the change in one step. It takes two arguments: a source and a destination.

For example, to rename a file named todo.txt to done.txt, you can run git mv with the original name and new name as arguments.

This will perform three tasks in one command:

After both changes related to a moved or renamed file are staged, Git will identify that it’s the same file under a different path. From that point, it will appear with the label renamed in the output of git status.

Unstaging changes can help when you’ve changed your mind about what you want to commit, or you’ve staged some changes unintentionally.

The git restore --staged command allows you to unstage changes and remove them from the staging area. You can think of it as the opposite of the git add command.

It’s necessary to include the --staged flag to indicate that you want to remove staged changes. If you run git restore without that flag, it will instead discard changes in your working directory.

To unstage this file, use git restore --staged with the same file name.

The file’s changes will remain in the working directory, but the file will no longer be present in the staging area.

You can also provide a directory name to git restore --staged. This will remove all files within that directory and its subdirectories from the staging area.

To start the staging process over from the beginning, you can unstage all changes in one command.

The git reset command removes all changes from the staging area.

After running the above command, all changes will be unstaged but will remain in the working directory. The output gives you a summary of those changes, as in the example below.

From here, you can start staging changes again.

In this guide, we took a deep dive into different ways to stage changes in Git and to unstage them.

To learn more about using Git to create commits, read How to commit code with the Git command-line-interface.

Check out our other Git tutorials or visit the Sourcegraph Learn home page for more educational resources.